Italy:A bus driver allegedly hijacked the vehicle and its 51 school children near Milan, then set it on fire.

One of the children caught up in an attack on a school bus in Italy is being hailed by his classmates for saving everyone on board. 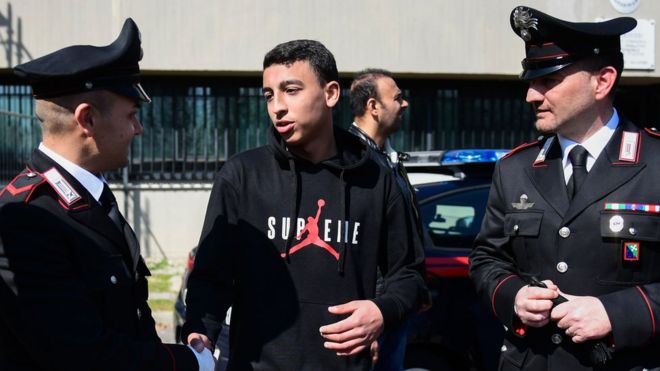 Ramy, 13, is being credited with calling for help and preventing a tragedy

Children interviewed by Italian media said 13-year-old Ramy Shehata hid his mobile phone when the driver confiscated them from other students.

The police were then phoned. “He is our hero”, one classmate said.

‘Strength to save themselves’

Italy’s Ansa news agency reports that Ramy made the call while pretending to pray in Arabic – but was in fact issuing a warning to his father.

His father told Ansa that the family came from Egypt, and Ramy was born in 2005 in Italy – but has never been issued official citizenship documentation.

“My son did his duty, it would be nice if he got Italian citizenship now,” he told the news agency. “We would love to stay in this country. When I met him yesterday I hugged him hard.”

Police vehicles located the bus and forced it to a stop before the driver, during a stand-off with police, set it alight, having already doused the vehicle in petrol.

Italy’s La Reppublica newspaper reports that all the hammers to break glass had been deliberately removed from the vehicle.

The children were rescued from the rear windows after they were broken by police.

Roberto Manucci, a police officer who helped in the rescue, said: “The thing that struck me most was the children… that will, that strength to save themselves and to get out.”

Investigators are turning their attention to the driver Ousseynou Sy, an Italian citizen of Senegalese origin.

During the hijacking, he reportedly told the captured school children he was prompted by the deaths of African migrants crossing the sea. A police spokesman also said that during the standoff, he had shouted “stop the deaths at sea, I’ll carry out a massacre”.

Interior Minister Matteo Salvini, a key architect of that policy, has referred to the suspect as “a Senegalese with Italian citizenship” rather than calling him an Italian.

Alberto Nobili, head of counter-terrorism at the Milan public prosecutor’s offices, said the suspect had not linked himself to any banned groups or movements. 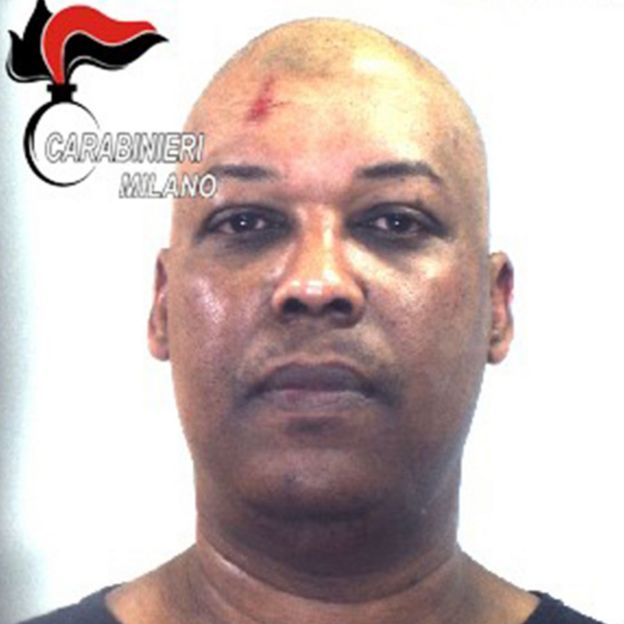 Ousseynou S told police his actions were a “personal decision”

He told reporters the suspect had said “it was my personal choice, I could no longer see children torn apart by sharks in the Mediterranean Sea, pregnant women dead”.

Ansa reports that he recorded a video outlining his motives, which investigators are now trying to obtain from a private online account.

The driver was also known to have a conviction for sexual assault – which resulted in a year-long prison sentence – and a drunk driving conviction, Mr Nobili said.

Questions are now being asked about how the suspect became a school bus driver with such pre-existing convictions.

Located at the frontline of migrants crossing the Mediterranean Sea into Europe, Italy has tried to close its ports to boats.

On Tuesday, around 50 people were rescued by a charity ship from a rubber boat off the coast of Libya and taken to the island of Lampedusa. Italian authorities ordered that the ship be seized and launched an investigation into the alleged aiding of clandestine immigration.

Earlier this month, around 200,000 people attended an anti-racism march in Milan.Courtesy:BBC