A gun was fired outside a mosque in east London during Ramadan prayers.

Police were called to reports of a “masked” man with a firearm entering the Seven Kings Masjid in Ilford at 22:45 BST on Thursday.

Worshippers ushered him out of the building and a gunshot – thought to have come from a “blank-firing handgun” – was then heard.

No injuries or damage were caused, the Met said, and it did not believe it was terrorism-related.

Scotland Yard said it believed it stemmed from an earlier incident in a street close to the mosque off High Road.

Worshipper Ibraheem Hussain, 19, described hearing the gunshot about half an hour after prayers began.

“We were upstairs in the classrooms and about 30 minutes into the night prayer a large noise went off”, he said.

“It sounded like a firework or maybe something heavy had been dropped, so no-one really thought anything of it.

“But then someone said it was a gunshot and that someone had come into the mosque and he had a firearm on him.

“The managers had seen him. He was masked and acting suspicious.” 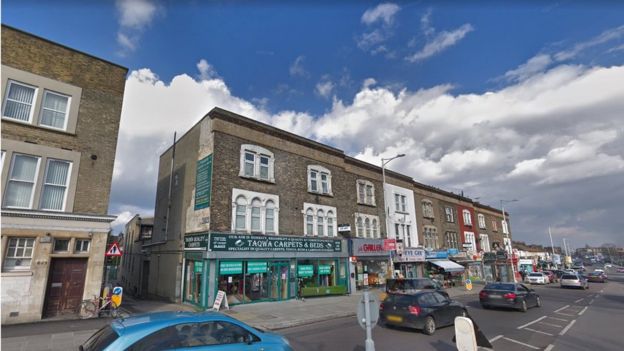 “At this early stage, ballistic evidence recovered from the scene suggests that the weapon was a blank-firing handgun”, the Met said.

“Officers will continue to work closely with representatives from the mosque and are providing reassurance to the local community.”

There have been no arrests.

In a statement shared by a Muslim Council spokesman on Twitter, the mosque’s imam Mufti Suhail said the suspect’s motives had not been established.

He asked that people “avoid speculating and circulating unconfirmed information”.

London Mayor Sadiq Khan said he was “relieved nobody was injured in the incident”. 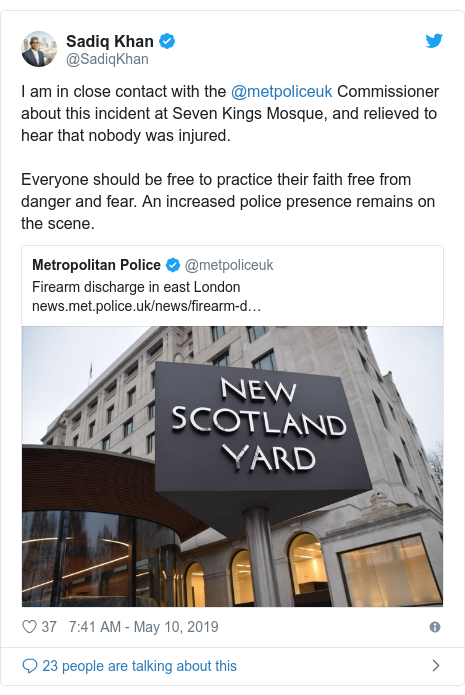 here are heightened security concerns at places of worship around the world after recent attacks.

A mass shooting at a mosque in Christchurch, New Zealand, in March, left 50 people dead.

In April, churches in Sri Lanka were targeted on Easter Sunday in a terror attack which killed at least 253 people.

A week later, a woman was killed when a gunman opened fire at a synagogue in California. Courtesy:BBC