Kick-off for the sold-out Group A encounter is at 5:30pm local time (14:30 GMT) on Monday at the Khalifa International Stadium, a 40,000-capacity venue, in the Qatari capital.

A semi-final berth is up for grabs at the biennial regional tournament after both teams lost to Iraq and recorded wins over Yemen in their opening two group matches.

Qatar need a draw to advance on goal difference, while a win for the 2017 finalists UAE will see them through to the knock-out stage.

“We will enter Monday’s game against the UAE with an aim to win. I know even a draw is good for us against them, but it’s always risky to play for a draw. We are taking it as a final,” Felix Sanchez, Qatar’s Spanish coach, said at a news conference.

UAE coach Bert van Marwijk from the Netherlands admitted his side has a tough task ahead. “In my opinion, they [Qatar] are the best, but we will have our destiny in our hand as we have our chance. We have to give our best to win against them,” he told reporters before the match

The UAE, along with Saudi Arabia and Bahrain, were included late in the draw after they reversed their earlier decision to boycott the football event over a two-year-old diplomatic dispute with Qatar.

The trio, along with Egypt, continue to impose a land, air and sea blockade on Qatar after severing ties in June 2017 accusing it of “supporting terrorism”, a charge repeatedly and vehemently rejected by Doha.

But their football teams’ decision to participate and reports that the Saudi team took a direct flight from Riyadh to Doha for the tournament have signalled a thaw in ties, according to some analysts

Qatar, ranked 55 in the world, head into Monday’s encounter with a superior head-to-head record against the UAE: 12 wins and 10 losses. The UAE are placed at 71, according to FIFA’s latest rankings. 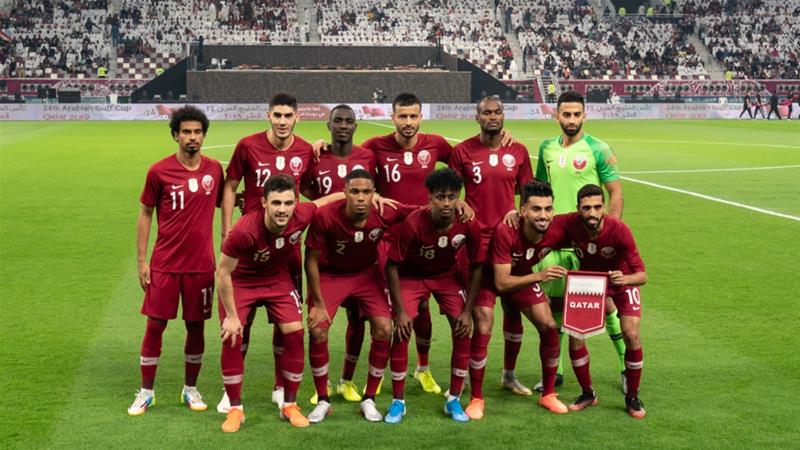 Qatar beat Yemen 6-0 in their last match, but fell 1-2 to Iraq on the opening day
The two sides last faced off in a highly charged AFC Asian Cup semi-final earlier this year, which Qatar won 4-0 en route to their maiden Asian title.

That bad-tempered game in January in Abu Dhabi saw Emirati fans loudly booing and whistling throughout the Qatari national anthem, while dozens sat for its duration before standing for the UAE anthem.

Local fans also hurled shoes and bottles at Qatari players during the match. The Asian Football Confederation (AFC) later sanctioned the UAE Football Association with a fine of $150,000 and ordered its national team to play a home match behind closed doors.

Tensions also boiled over days after the match with the UAE FA lodging a complaint over claims the Qatari team used two ineligible players during the tournament.

The Emirati appeal was subsequently dismissed by the AFC just hours before the kick-off for Qatar’s final against Japan. 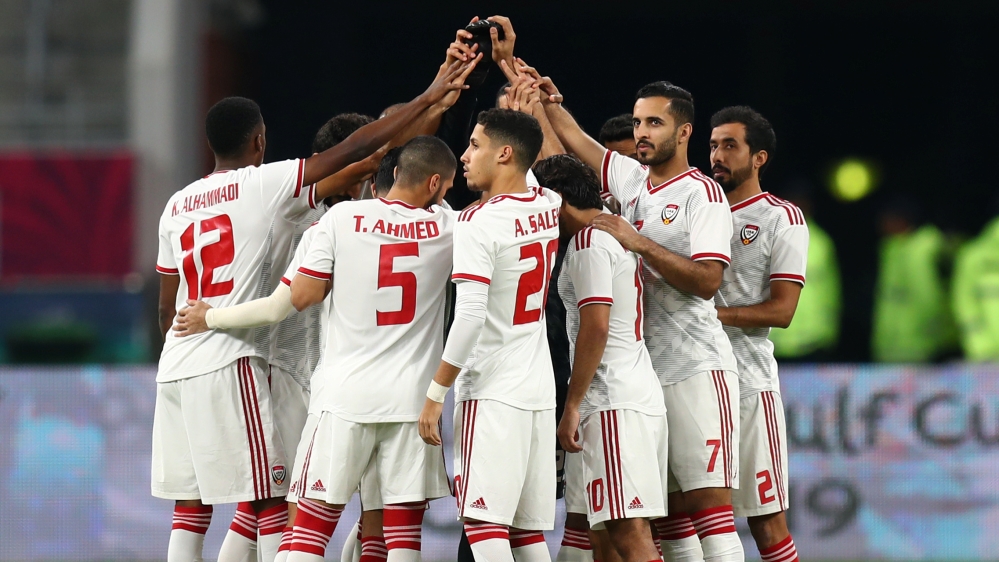 Dismissing concerns of a hostile rematch in Doha, Ali al-Salat, the head of media for 24th Arabian Gulf Cup, said: “The fans, I think, are aware of the importance of this competition.”

“We won’t see these kinds of things and what happened in the Asian Cup it doesn’t represent all the fans of football at that time, just a few people who have done that.”

Kristian Coates Ulrichsen, author of The Gulf States In International Political Economy, concurred. “I don’t expect the Qatari supporters to behave in the same way that marred the semi-final of the Asian Cup in Abu Dhabi earlier this year,” he told Al Jazeera.

According to Christopher Davidson, a UK-based expert on the Middle East, the “stakes are much lower” in sporting terms.

But he added: “No government can be expected to control the behaviour of each and every one of its citizens, and the prospect of a couple of rogue fans acting out of line seems a very real one.”

All eight teams will be in action on Monday – the last day of the group stage. The other Group A match features Yemen against Iraq, who have already booked their place in the semi-finals.

In Group B, 10-time winners Kuwait face Bahrain, while the defending champions Oman are up against three-time winners Saudi Arabia.(Al Jazeera)